His life and work

The son of poor farmers in Bessarabia (the extreme north-east of Romania, at the borders with the actual Ukraine), Calin Alupi’s childhood and adolescence was spent amidst the nature of the small farm and the surrounding country side. His fond memories of the landscape with its inhabitants, and simple way of life formed the basis for most of his work. 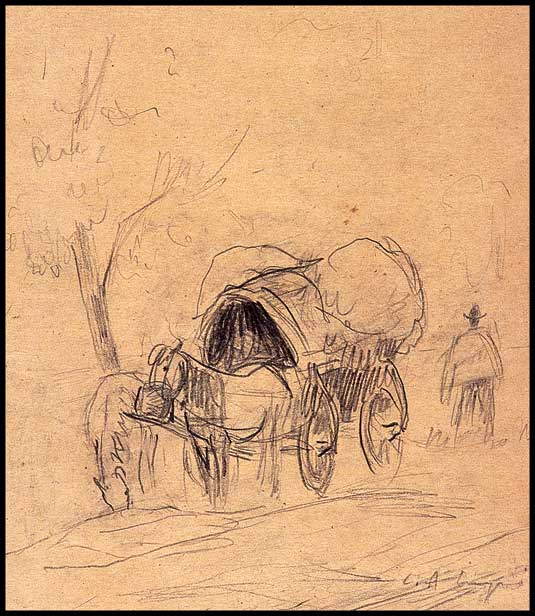 There was nothing in his early childhood to encourage his later vocation, until his entrance to the high school in Sendriceni, aged 13, where the desire to paint was suddenly sparked. His teacher, Nicolae Popovici Lespezi, discovered that he had promising talent and encouraged him. By 1925 he had entered the Iasi Fine Arts Academy under the tutorage of Stefan Dimitrescu.
Poverty dogged him for all of his life, but it was a particular burden during these just years, alienated only by a meager bursary obtained with the help of Stefan Dimitrescu.
By 1933 he had begun to exhibit his work, both individually and in conjunction with other painters. Two years later he moved into a supply teaching position at his previous high school.
When Nicolae Tonitza was comissioned to decorate the Durau monastery, he chose Calin, along with Corneliu Baba, Mihai Camaruts and others, to be part of his group of apprentices.
The war, however, brought these artistic projects to a halt.
In 1940, Alupi was conscripted and posted to the front line, where he remained for the duration of the war. His responsability, under these extremely dangerous conditions was to draw enemy positions.
After the armistice was signed, Alupi walked the long journey home from Odessa, consequently developing a stomach ulcer and kidney stones. These health problems hampered him severly for the rest of his life, required him to undergo ten operation and left him unable to pursue a continuous career.
In 1947, aged 40, he was appointed to the position of professor at the Iasi Fine Arts Academy. In the same year he married Sanda Constantinescu Ballif, who, three years later, gave birth to their daughter, Antonina Alupi. (Antonina is now a painter and painting teacher in Paris). 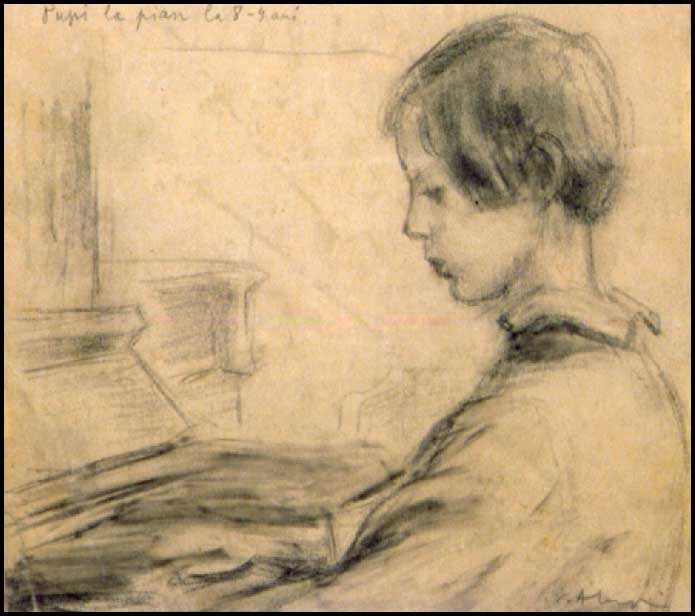 After the closure of the Iasi Fine Arts Academy in 1954, Alupi resettled in the capital with his young family. During the next nine years he occupied a professorship at Bucharest’s high school specialising in art, returning to Iasi in 1963 without his family when the Iasi Pedagogic Institute (formerly the Fine Arts Academy) reopened. At his retirement in 1968 he moved back to his wife and child in Bucharest where he remained for a further twelve years.
His final move back to Iasi, accompanied by his wife, came in 1980. There he was able to stay, in the town which held his greatest affection, until his death in 1988.
During his life, C. Alupi exhibited frequently at two or three yearly intervals. These were held predominantly in Romania and included his solo exhibitions, the Interregional Fine Arts shows held in Iasi, and the Annual Exhibitions of Fine Arts in Bucharest. However, his work was also exhibitited arround Europe : as part of group collections (Sofia, 1954 ; Warsaw, 1955) ; and in individual shows, in Italy (Rome and Trieste, 1971) and France (Paris and St. Germain-en-Laye, 1979).

Anti-careerist, he never wanted to work under the commission of the Communist Party. Consequently he was kept relatively out of the spotlight. In fact he neglected self-promotion altogether.

A remarkable drawer, his works are recognizable for their precise yet dynamic virile touch. His subjects, often simple and always drawn from reality, convey a deep understanding of human nature and the Romanian landscapes.
He painted quickly and had a gift for capturing a powerful emotional connection with the subject. His technique was not to prepare complex compositions ; instead, he preferred a style of authenticity that honestly conveyed his affection for the “common man” and the poor: a society in fact from which he came, and the people for whom he had the greatest affection. 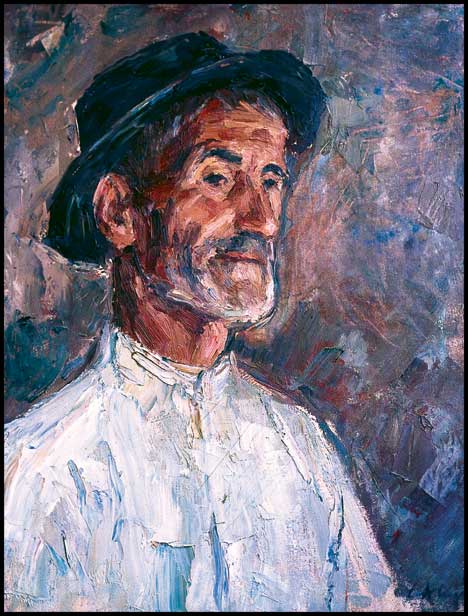 It is this very sentiment which runs throughout his work and unites it all. Trees, domestic animals, meadow flowers, the most decayed huts and slums, all of which have a soul that demands to be heard. They, in fact, are the most worthy of being listened to, because they are the most sincere.
This sincerity he reciprocated in his treatment of them, being careful not to artificially embellish them, or, as he once said, not to “lie to them”.
The artistic feeling, for Calin Alupi, is nothing else than an innocent love, a spontaneous bond of sympathy sparked at the moment of creation, between the artist and his model. It is from this perspective that one should consider the entire work.

Translated from French by Rosemary Anderson